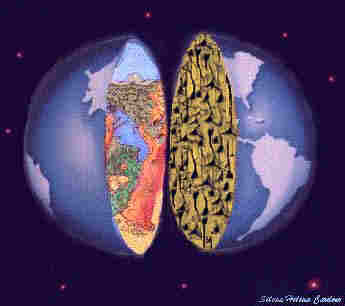 The human brain is the most complex entity in the planet - maybe even in the universe. Its basic constituents, the nerve cells (or neurons) and glial cells exist in a number similar to that of stars in our galaxy, in the order of hundred of billions.

The neurons command movement, sensation and consciousness; the glial cells support and maintain the neurons alive. The activity of the nerve cells builds an internal environment, which changes when the brain interacts with the external environment. The communication channels between both environments are our senses (tact, olfaction, vision, hearing and taste, among others), provided by specialized cells that convert the messages of light, sound, images, smell, tact, taste and pain into codes which are comprehensible by the brain, that is, into electrical signals which are registered by the brain. The brain sends then responses back to the environment.

The constant interaction of messages and responses between both environments is what determines our experience, survival and evolution in this world. It is these cells that permit us, upon perceiving danger, to avoid it or to escape from it, as well as the creation of conditions that have allowed man to go to the moon, to build jet aircrafts or supersonic trains, or even to reconstruct human genes.

Every experience and creation generates transformation. The interaction of our internal universe with the external world generates the remodeling of both environments for the sake of adaptation.

Indeed - and this has been a significant finding of the neurosciences - the cultural diversity of the external environment causes changes in the brain. New branches of interconnected cells (synaptic connections) are added and extended in response to experience and to learning, thus reaching wider regions of the brain.

These "experienced" cells also remodel the human behavior, be it in response to adaptation to the external environment, be it for its own evolution. Could it possibly be that this is one of the keys to increasing our intelligence?

In the attempt to understand the brain, we cannot wait for simple and immediate answers. For hundreds and hundreds of years men tried to understand this small mass of cells, weigthing little less than three pounds, which fits into one of our hands, but which is endowed with the highest degree of complexity and mistery. 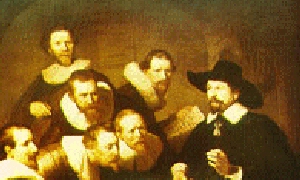 Is it possible for the man's brain to understand its own brain? Many brains, live and alive across centuries have been giving answers to many obscure points, but their intelligence, dedication to research and sophisticated methods have not been enough for solving hundreds upon hundreds of doubts about this question. Maybe man might need a few more thousands of years in order to increase threefold the number of its nervous cells, or to become a super intelligence, to refine his intuition and to improve technology with the aim of significantly advancing ours understanding about this intriguing organ.

However, we know that this is impossible through natural means. Even when a person studies a lot, and is thus able to multiply his or her cerebral connections by means of experience, this is not passed to his or her children. In order for this to happen, it would be necessary to modify the genes controlling cellular reproduction and the number of neurons, but only natural selection is able to do this for a period extending for hundreds of thousands of years.

We know that Homo sapiens's brain has had the same size at least of for the last hundred thousand years, despite all Humankind's progress.

The only possibility is the use of genetic engineering, that is, the artificial modification of our genes by means of molecular biological techniques. It might be possible to raise super intelligent children. Technically, this will surely become possible, but we have here a very difficult ethical and moral problem. Should we have the right to do that? Wouldn't we generate uncontrollable monsters?

As it's often said, Nature is wise. The interaction between brain and environment is slow and maybe this has a reason to be so.